Disclaimer: This is not a guide to building a trading empire. Rather, we'll be looking at the moneymaking potential of trading and what it takes to run a crate empire. My aim is to give you realistic expectations of what to expect when getting into trading. We will be dealing exclusively with crate making, since I'm a total noob when it comes to active trading. Although I'm not an expert on crate making either, the perspectives I take in this post is widely agreed on by top level traders and I'll be backing up my reasoning with numbers that everyone can check for themselves.

People make billions with trading! Or do they?

On the other hand, you may have heard that trading is a dead lifeskill and not worth delving into (the trading channel on the Lifeskill Discord has been renamed dead-content. I think that speaks for itself).

Which one is it then? Let's break it down.

What some people refer to as trading or a crate empire actually consists of multiple parts:

And while all of these parts contribute to the final crate value, they are still separate income streams. When it comes to crate turn-ins, these three income streams are often mixed into one, which can result in outrageously large numbers as you saw above. The big problem I see is that statements like "36 billion worth of crates" only concern the value and say nothing about the profit of those crates.

For comparison, let's look at cooking, where materials from workers, processing and farming all come together, not unlike trading. Cooking Valencia meals can easily generate multiple billions per hour of value. But if you look closer, the cooking profit is significantly lower and can even be negative. That's why cooks talk about cooking income in terms of profit rather than value. So why don't traders do it?

I get it, turning in 30+ bil worth of crates is satisfying. But if you're interested in getting into trading, you should be aware of the different income streams and what it takes to run a crate empire.

Here's an example using the renown As you can see, a

Calpheon Timber Crate traded from Grana into Valencia with master 10 trading sells for 427,157 silver. But how much of that value was created by trading?

Processing the timber into planks and plywood increases their value by an additional 125,601 silver (29.4%).

The last 73,947 silver (17.3%) are added once you pack the crates and sell them in Valencia. This step might sound simple but requires a fair amount of setup. You'll need to get crate packers, ideally with the +3 crate packing skill (pack 4 crates at once), maintain workshops, transport the crates and turn them in. Transporting crates is not cheap, requiring either your time or using the rather costly NPC transport function.

The above breakdown assumes you run a

Value Pack (7 Days). In that case, you could skip the trading step, sell the plywood to the market and still get 82.7% of the crate sale. If you don't run a

Crate profits depend on a bunch of factors, including your server, trade level, which crate you're making etc. Though trading will generally only make up a small part of the overall crate profit if you process the materials yourself. Since the crate material market is fully player-driven, material prices will always balance so that trading is only slightly more profitable than selling the crate materials to the market. If it wasn't, high level-traders could keep buying crate materials off the market, which would eventually bring the prices back up.

Trading is an optional step on top of processing, which gives a bit of extra profit and requires a fair bit of extra work:

While this is quite a bit of work it can still be worth the profit. However, trading faces 2 more problems that often get overlooked.

Note: I used EU prices and 84.5% tax for this example. An auto-updating version of the breakdown can be found here. Note that this sheet is more of a gimmick to show my point about trading profits. To calculate profits for yourself, I recommend using Wolf's trader sheet in the simple or full version.

Problem 1: Why should I even process crate materials?

Processing is a de-facto requirement for making your own crates. But what if processing crate materials isn't even worth it in the first place?

There are lots of other materials to process. Cooking materials for example have huge demand and are even lighter than timber/ores so you can stay afk for longer. But are crate materials actually more profitable than those alternatives? You decide!

The profit in this table auto-updates so you'll always get an up-to-date comparison.

Besides, you may decide to spend your time on a different lifeskill entirely, like cooking, bartering or alchemy. I can personally make the most (semi-)afk money from cooking, so I don't have much reason to process. 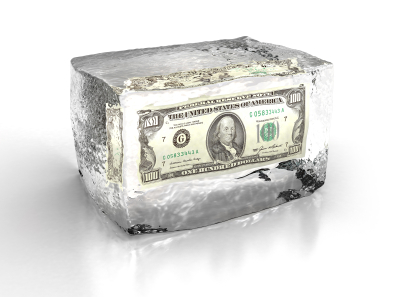 When slowly building up a stack of crates over weeks or even months, all the money that goes into producing those crates gets frozen until you turn them in. If you're early into your gear progression, where upgrades are still fairly cheap, freezing billions worth of silver can significantly slow down your progress. For established players who need tens of billions for their next upgrade, this is not such a big problem.

Incidentally, some people like trading for this exact same reason: it freezes their money so they can't gamble it away while going for an upgrade. Whenever they have saved enough money for their next upgrade, they do a crate trade-in and buy the item.

Something that always made trading less exciting for me personally is that it's essentially an investment. While the risk of making a crate is not terribly high, things can occasionally go wrong, like when your crates get destroyed during transport or you forget to connect nodes for the turn-in. It's low risk but also low return: in the above example, we got less than 20% return over multiple weeks of building the crates (not even including the workshop maintenance and transport cost etc). There are more profitable investments with comparable risk if you know what you're doing. For example, you could buy materials for your next cooking/alchemy/enhancing sessions while they're cheap, assuming that they will be more expensive once you need them.

So when should I consider trading?

Few MMOs have a trading system as in-depth as BDO. Being able to take materials your workers have produced, turn them into crates, and send them across the map to sell them for 4x the base price sounds fun, doesn't it?

Trading has also seen a few QoL improvements which make it significantly easier to get into: getting to artisan 2 barely requires a single stack of crates, you can instantly load a full stack of crates on a horse and an NPC crate transport system has been introduced to the game. In that sense, getting into trading has never been easier. Still, you should bring a good reason to do it.

Trading can be a good way to liquidate processing materials without interacting with the market, which could be either because you don't want to rely on other players or aren't running a

If selling materials to the market is a real alternative to trading, you should bring a fairly progressed account to get value of out it. This includes having an established worker empire, say 350+ CP with mostly professional/artisan workers and being at a point in your gear progression where freezing up billions of silver won't slow down your progress.

Besides that, you'll want to process a lot to keep your workshops from idling. For reference, a +3 crate worker can produce 4 crates x 5 crates per hour x 16 hours = 320 crates per day. To make a

Calpheon Timber Crate, you'll need 320 x 5 x 3 = 4,800 plywood per day, which requires ~45 minutes of processing at 1500 processing mastery based on the processing calculator on Bdolytics.

You might say: I don't need to process my own crate materials, I can buy them straight off the market and make money on the side. Well, yes, in theory. In practice, you better bring a damn high trading level, which in turn means spending billions of silver in trash crates to level up trading before you can think about margin trading. When running the numbers you'll see that margin trading is not gonna make you rich, especially considering that you could spend the time and effort on far more profitable lifeskills.

Trading is for you if you...

Trading is not optimal if...

I highly recommend reading this post by Goroshi, which was the basis for some of the perspectives given in this post. Goroshi is one of the top-ranked trader's in the world (depending on when you read this even the top ranked trader) and neatly summarizes the issues with trading, most of which are still as relevant as they were when the post was written (4 years ago!).

I'm always open to discuss this topic. If you think I missed an aspect of trading, maybe one that makes it worthwhile / not worthwhile for you, please reach out to me and I'll try to edit the post to include your perspective.

Here are some ways in which you can reach out to me: